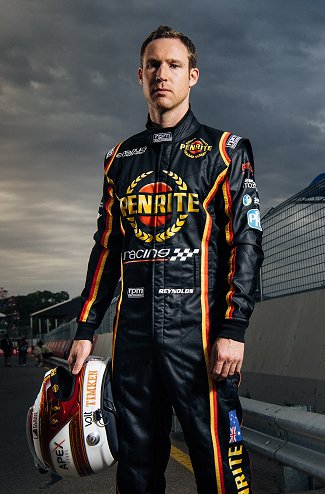 David Reynolds created history in Supercars when he signed a ten-year contract with Erebus Motorsport in September 2019, proving he has found his home with the Betty Klimenko owned outfit.

Recognised by the team as a major talent – winning multiple Australian titles on his way to the Supercars grid, including the 2004 Australian Formula Ford Championship and 2007 Porsche Carrera Cup crown – Dave’s move to Erebus came in 2016 as the team switched from its Mercedes to Commodores, relocated from the Gold Coast to Melbourne and rebuilt its staff.

Things just went up from there.

In just his second season with Erebus, Dave became the ‘King of the Mountain’ when he and co-driver Luke Youlden took out the 2017 Bathurst 1000 on his way to seventh in the Championship points.

Whilst agonisingly, a second straight Bathurst title narrowly escaped him in 2018, Dave finished the season with a win at the season ending Newcastle 500, elevating him to fifth in the driver’s Championship and fourth in the team standings with rookie team-mate Anton De Pasquale.

2019 was a challenging season for Dave and the team for various reasons. A mix of highs and lows, a strong start to the season was followed by some bad luck combined with well documented technical differences between the Holden and Mustang. Whilst Dave went without a win, his consistency saw him grab seven podium finishes and end up sixth in the Driver’s Championship as well as fifth in the Teams Championship with De Pasquale.

A lovable and quirky character, Dave’s honesty and candour has endeared him to the Australian sports fan. But don’t be fooled. Under his laid-back exterior is a fierce competitor who has twice received the ‘Barry Sheene Medal’ (2017,18), awarded to the driver who shows outstanding leadership, personality, fan appeal and sportsmanship throughout the Supercars Championship season.

With his future secure, the No 9 driver is determined to show that his best is yet to come!