Melbourne 400 winner David Reynolds will head to the Tyrepower Tasmania SuperSprint with a fresh sense of purpose under his feet after designing and engineering his own race shoe to use for the remainder of the 2018 Supercars season.

After footing the bill of a sole purposed race shoe, Reynolds has worked tirelessly between events, teaming up with MOMO to create the ideal boot for the Supercars Championship.

“The heat of the pedal box was becoming an issue I know a lot of the other drivers were also having in the past, especially in the hotter locations like Adelaide and the Gold Coast 600,” Reynolds said.

Featuring 100% heat-resistant outsoles and a fire retardant inner casing the boot has been the brainchild of Reynolds since Hidden Valley in 2015.

Along with its ability to completely deflect heat, the aptly named ”Reynolds Romper” has been equipped with microbes that convert warm air through hydrothermal vents, to keep the driver’s feet at the optimal temperature to ensure perfectly natural blood flow to the toes, and discourage the threat of peripheral artery disease (PAD). 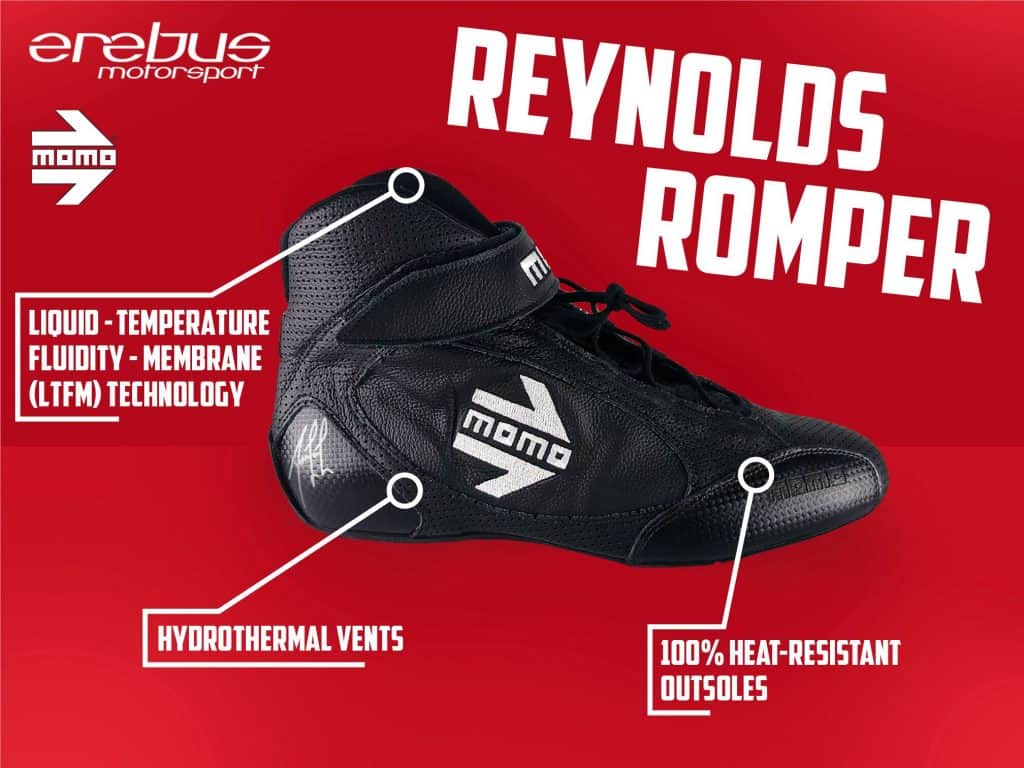 “My feet are in direct contact with the car and by working with MOMO to develop this shoe you could say I’m looking after my sole income,” Reynolds said.

“The Reynolds Romper is going to turn heads in the Supercars paddock…” he added jokingly.

The final and arguably most impressive feature of the Reynolds Romper is the liquid-temperature-fluidity-membrane (LTFM) technology, which has been manufactured to line the inside of the boot

Reynolds patented LTFM design which has been tested under rigorous conditions and the results have been outstanding ​with perfectly chilled champagne pouring from The Reynolds Romper, as it maintained a cool 8-10°C (47-50°F) degrees from shoe-to-mouth at Sunday night’s post-Grand Prix celebrations.

“Champagne tastes better out of a shoe,” Reynolds said.

“So if you’re going to drink fine champagne, do yourself a favour and get a pair of Reynolds Rompers!”