Co-drivers turn up for wet Winton 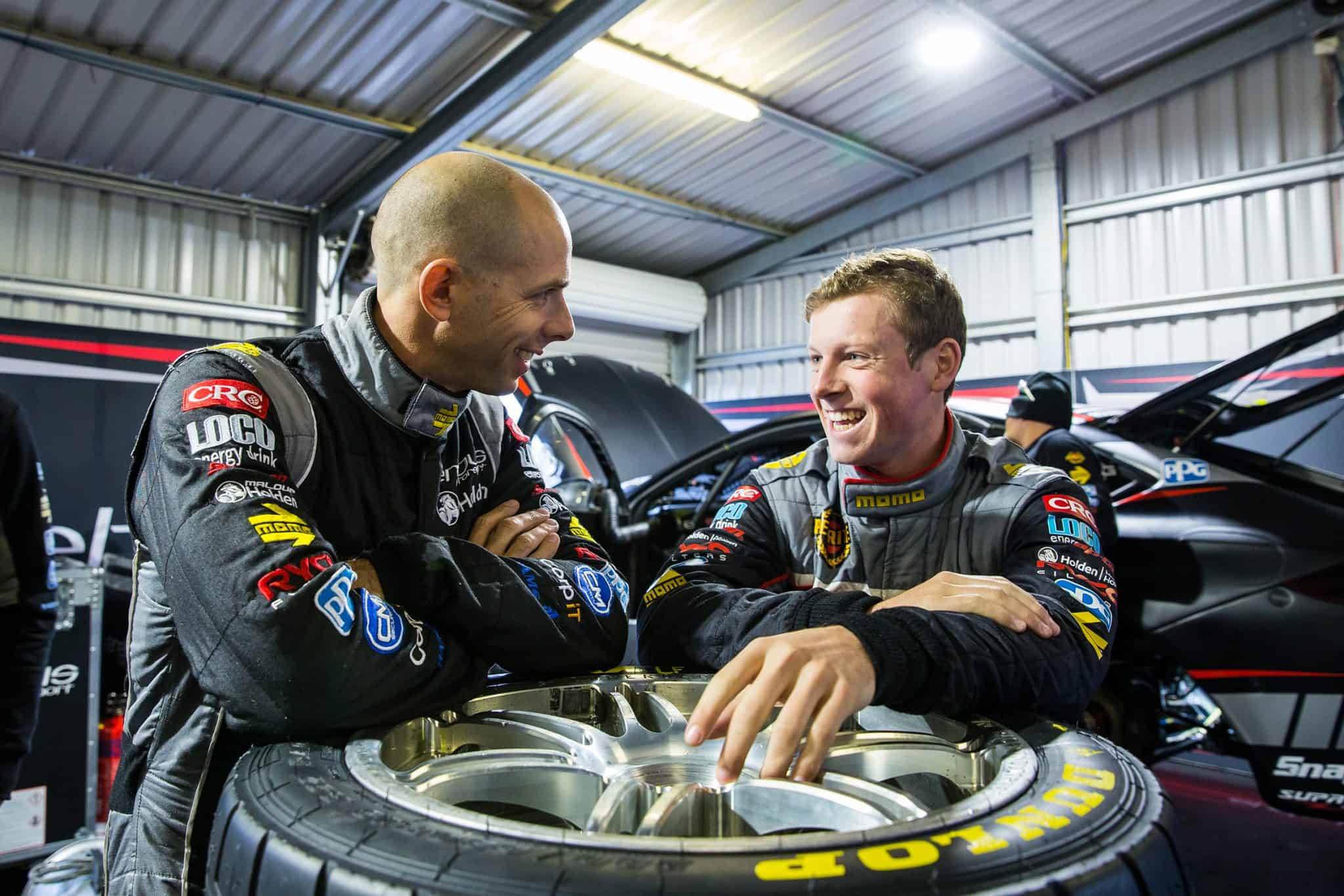 Did someone say enduro season?! It may be a little while away yet but it’s already on our radar.

Reigning Bathurst 1000 Champion Luke Youlden and newly-signed Will Brown joined Erebus Motorsport at Winton today for their first outing with the team since February.

Both drivers elected to sit out of the morning’s additional driver practice due to heavily-wet conditions, but managed a run later during the afternoon’s sessions.

“It was great to get some laps today, the car felt really good and we had a good session,” Brown said.

Brown had a stint in David Reynolds’ Commodore during Practice 1, with both co-drivers cross-entered across each Erebus Commodore.

“We were sitting ninth on the timesheets before I jumped out.

“Anton was completing his own practice plan so it was great for Dave to let me have a steer in his car.”

Conditions improved considerably for Practice 2 and just in time for Youlden to turn his first laps of the day.

“I was happy to sit out after we did what seems like a million miles in the rain last year,” Youlden said, after it rained at Sandown, Bathurst and the Gold Coast in 2017.

“It was good to get a run in the dry later in the day, I drove reasonably conservative but the car felt strong.

“It’s unfortunate that most of the day was wet and a bit if a waste but we managed to get some useful running at the end.”

“I think we should be there or there abouts tomorrow and we’ll see similar trends as we’ve seen the last few rounds,” De Pasquale said.

“Obviously I was here not too long ago for a rookie day so that gives us some confidence although at this level you never know, everyone has done a lot of laps here.”

Another 35-minute practice will be held at 10:30am local time tomorrow, ahead of qualifying and Race 13.