Will has dramas, while Anton takes out third 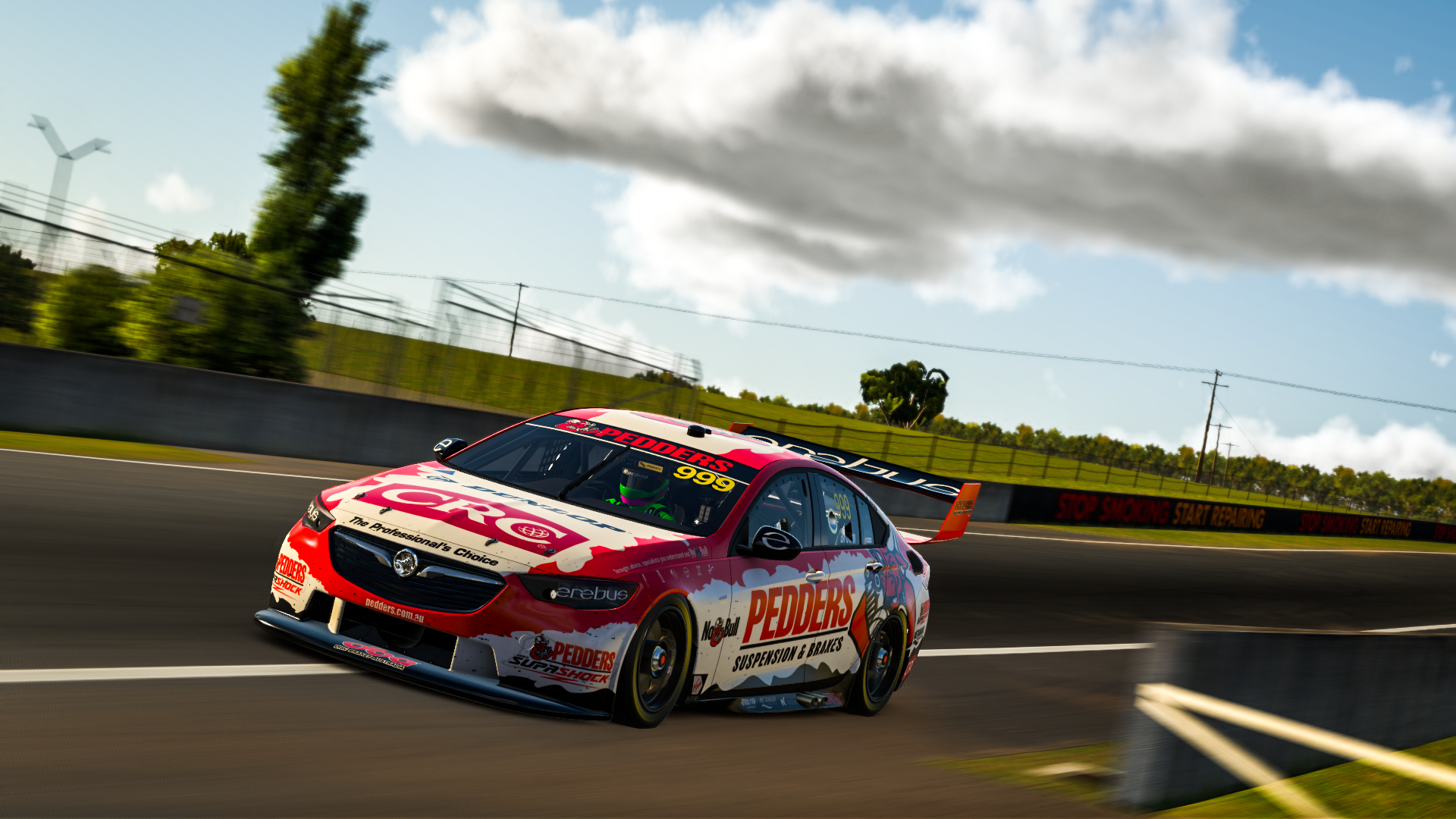 The Penrite star rounded out the final night online with another podium, adding to his tally of seven pole positions, four wins and 14 podiums. While teammate David Reynolds showed you can teach an old dog new tricks and was unofficially awarded the most improved from 31 races.

Co-driver and wild card Brodie Kostecki took out the round win, while Erebus Motorsport’s youngest recruit Will Brown endured a tough night on return.

Off the start it was Anton from third, though he got the jump on Brodie in front of him and beat his co-driver to the first kink to take the second spot.

Further back Will started from ninth and David P15 and both were unscathed as they made their way through midfield chaos at turn two. Will wasn’t so lucky on the second lap and copped a whack from behind, sending the Pedders entry off track and to the back of the pack.

As they had done all Eseries, Anton and Brodie continued to work together and were never too far from each other, while David and Will also ran similar strategies.

David and Will pit for their first of two compulsory stops on laps three and four, while stopping for a second time on lap 14; before Anton stopped on laps 10 and 19, one lap earlier than Brodie each time.

Anton managed to find some time in his second stop and came out just behind series winner Shane van Gisbergen for a close race for the lead. With little between the pair, Anton was in the #97’s shadow down to the final corner, though with even lap times and very few mistakes he couldn’t get by and took his 14th podium of the series. Brodie also rounded out the podium, coming in third.

Will was unable to recover from his earlier incident and passed the checkered flag in P16, while David also didn’t get a good run and took P23 at the end.

They saved the best until last as they got set to go again at Mount Panorama with Anton again starting from third on the grid, slotting in behind Brodie as they got away.

David was further back in P29 and Will in P24 and both again had to dodge opening lap chaos. The #9 Penrite entry was one of the first victims though as it was tapped and turned around at Griffins Bend.

After collecting a substantial amount of damage, David decided to head for pit lane as early as lap three, followed by Will. Brodie took his first stop one lap later and Anton the same again.

Will in the Pedders entry, worked with David and moved through the pack to P17 and P18 before taking their second stops; David on lap eight and Will on lap 10.

Anton and Brodie both pit on lap nine this time around, moments after Harley Haber caused contact to the inside of Brodie at Griffins Bend and sent him back behind the #99 as Anton followed the battle for the lead.

Haber was just a little too far in front as a battle formed between Anton and Shane for second. The two were magnets and on the second last lap Shane tried to go down the inside of the Penrite racer at Forrest Elbow, turning him in the process. Shane tried to redress though Brodie and Chaz Mostert got by to take the podium. The result for Brodie made it four out of four podiums in just two wild card events, while Anton finished fourth, ahead of David in P16 and Will in P18.

Anton De Pasquale said he was happy with this result: “Overall, I’m happy with how I went overall in the series. To finish third is cool.

“I had actually raced Oran Park in 2009 in Karts, which was probably about a quarter of the main circuit. It was one of the cooler tracks for Karting too, but obviously much different in a Supercar that is big and heavy with low grip.

“Bathurst was cool and we just missed out on another podium. I enjoyed the sim racing, but I can’t wait to get back to real life at SMSP in a few weeks.

David Reynolds also commented: “Oran Park and Bathurst were good tracks to finish on for the series, but I just didn’t qualify well enough at either, so I put myself behind at the start of both races really.

“Whenever you start further back it just increases the risk of getting caught in any mess and you then spend the time trying to avoid it.

“It wasn’t to be, but overall I enjoyed the series. It took me a while to enjoy it and it was a big learning curve for me every single week.

“I didn’t think I would improve much at the start, but I did later in the series so that made it more fun to compete.

“It’s good that we are finished though and can have real life racing at the forefront of our minds again.’’

Will Brown enjoyed making his return: “It was great to come back for the final round of the Eseries.

“We practiced quite a lot leading into the event and the practice sessions were quite good, but just before qualifying we did a practice race and the brake pedals were doing some weird stuff. We tried to calibrate it, but my brakes stuffed up a bit and I pretty much had braking issues all night.

“Basically, when I thought I was braking I still wasn’t, so it was a bit frustrating.

“I started ninth at Oran Park and managed to get a good start there but I made a few mistakes, running off, overcooking corners, which was a bit annoying – but the track was awesome. I had obviously never physically raced there so to race there virtually was cool. I really enjoyed it.

“With Pedders on board and after how well we’d done in practice we were looking quite good but it just didn’t happen for us.

“At Bathurst because we were further back and we got caught in some incidents and then found ourselves in no-man’s-land for quite a bit of the race. We had a bit of damage and had to pit so it held us back.

“It was good fun and a good challenge but like everyone, I’m looking forward to getting back to the real life track soon.”

The team now prepare to head to the real-world track at Sydney Motorsport Park, June 27-28.